ClearCalcs' powerful FEA engine makes it incredibly quick to analyse an unlimited number of loads. Read below to see how to enter common types of loads in ClearCalcs. Want to link loads between members? Go here.

The below examples all come from our beam and column calculators, but load entry is generally similar in all ClearCalcs calculators.

Uniform loads refer to loads whose magnitudes do not vary over their length. These can be entered into ClearCalcs using either a pressure and load width (see: what are load widths), or as a straight line load.

To enter a distributed load, specify a label for your load, specify where you want the load to begin and end (must be greater than 0 and less than the length or height of the member being designed), and then specify a load width (tributary width) that will be multiplied by the pressure to determine the line load. To make a triangular load, simply set two different load widths. Lastly, click 'edit' to open the load magnitude pop up and enter as many load magnitudes as you would like for the given line. If you would prefer to enter a line load, you can do so by scrolling further down the page and clicking to open the 'Line Load' section. This table operates in a very similar way, except you specify line loads directly instead of having ClearCalcs calculate them for you from a given tributary width. 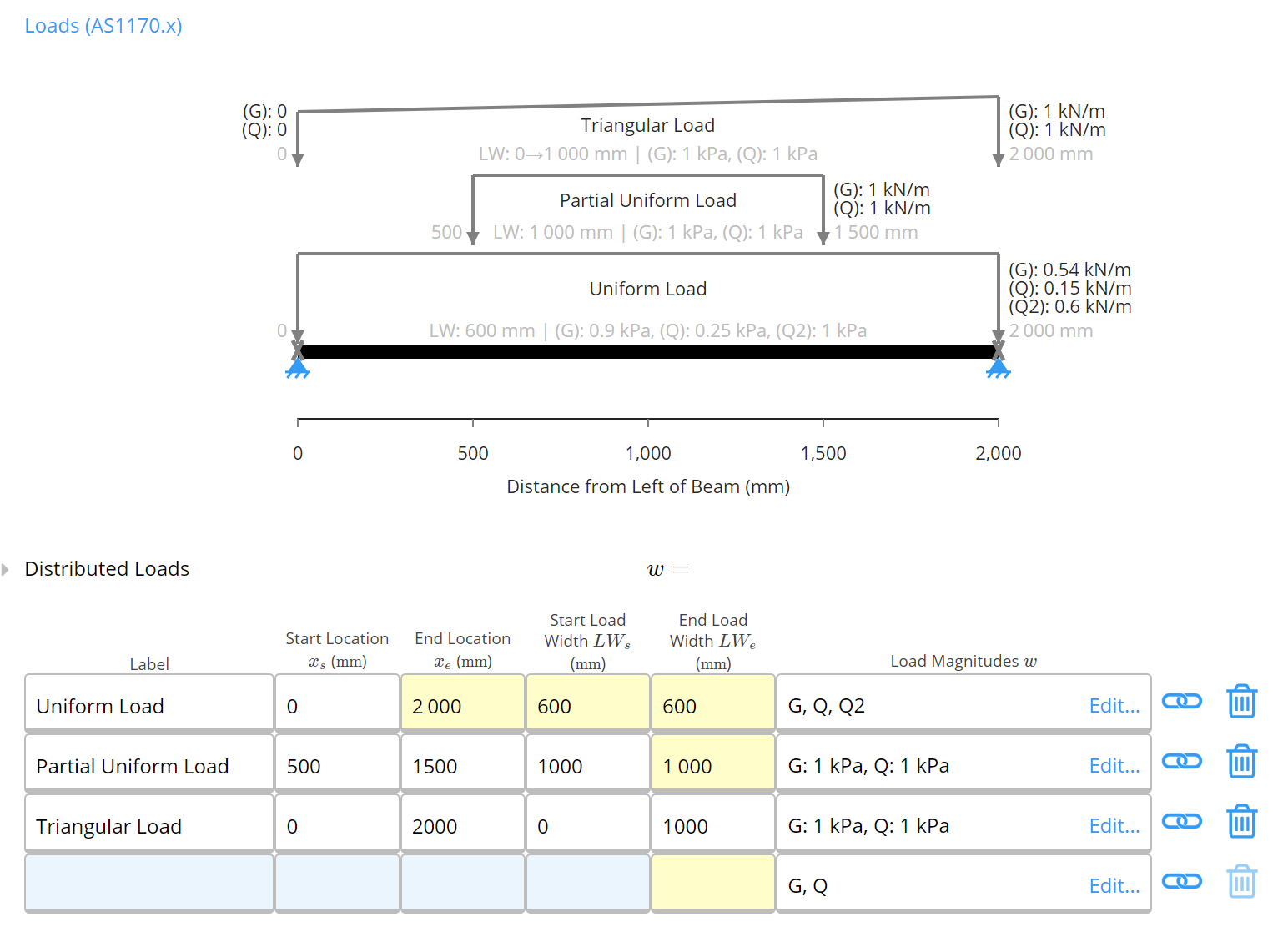 Point and moment loads share an entry table, and can be inputted together, or independently. Simply specify a label, where it is located along the beam or column, and then click 'edit' to open the load magnitude pop up and enter your desired loads. Where an axial load is available, it will follow the exact same principle. If you would like to grab reactions/loads from another calculation you've done, simply click the blue chain link icon where you can select the reaction you would like to load track into this beam - the magnitudes and label will automatically populate, saving you the need to copy and paste. 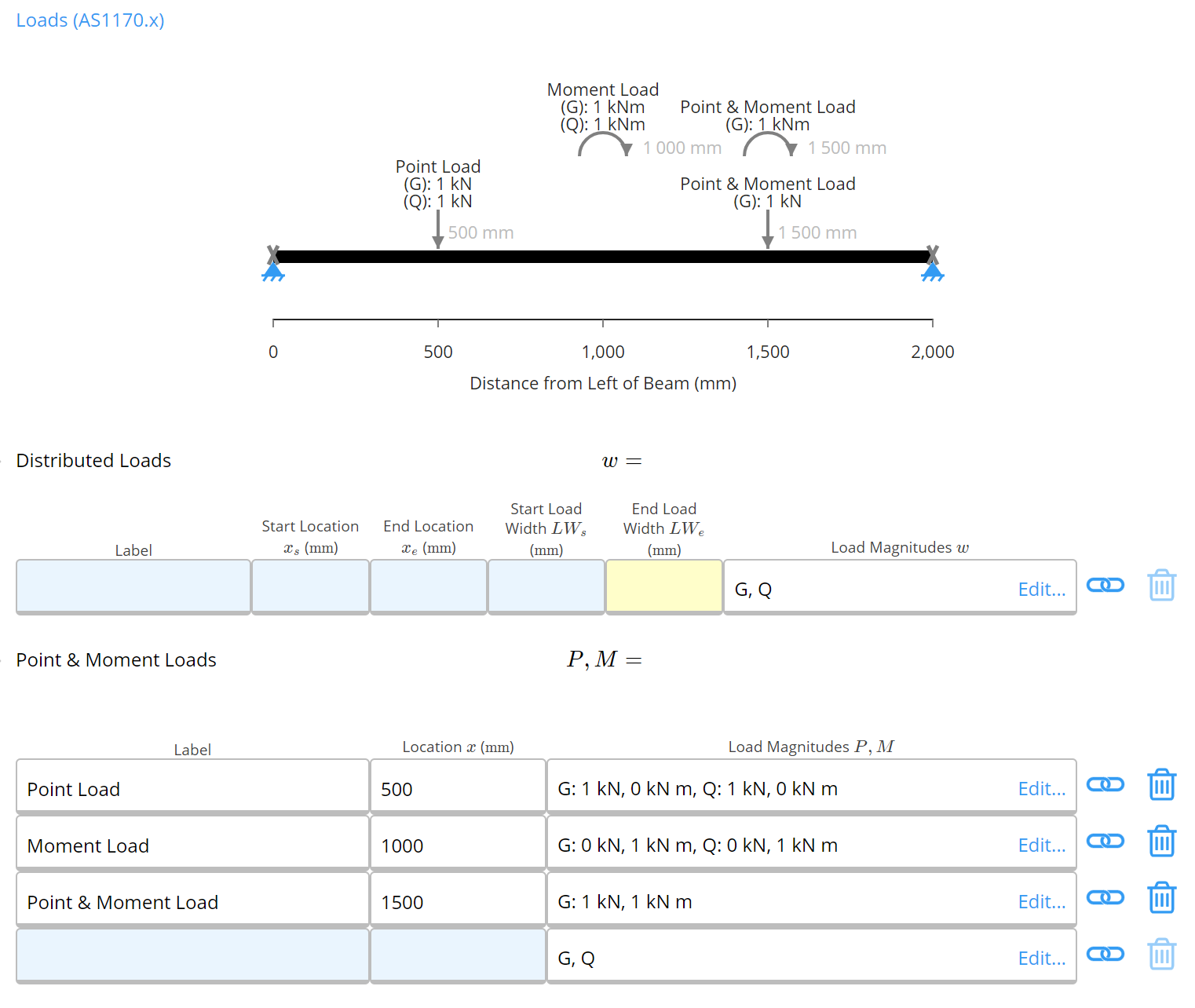