In some cases, beams may have an internal hinge at some point either due to construction requirements or for moment release. These hinges will release all moment at the point and allow a non-smooth deflection curve, but shear will still carry across them.

As an example, let's look at a two-span beam. If we have it as a simple continuous beam, we get the following shear, bending and deflection diagrams: 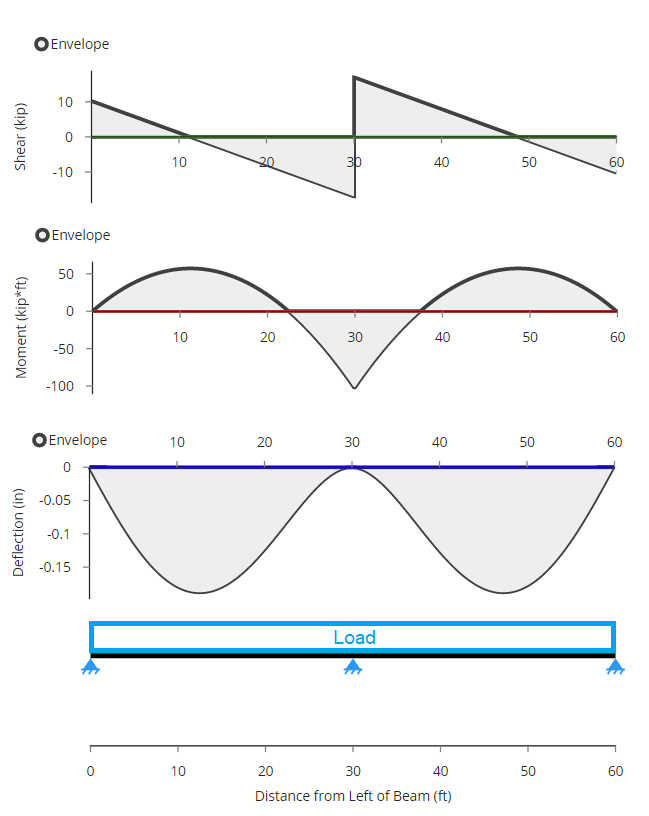 There may be a case however where a beam long enough to be used across two spans is uneconomical for construction. In this case, we may want to connect two beams together, but not use a moment connection at their splice for economy reasons. So we'll just use a simple shear connection, which we treat as an internal hinge. If we add one at 40 ft away from the left of the beam, it is near the inflection point of the beam, and so our shear and moment diagrams barely change, but we see a large increase in deflection, and the curve is no longer smooth since the beam can rotate freely at that point. 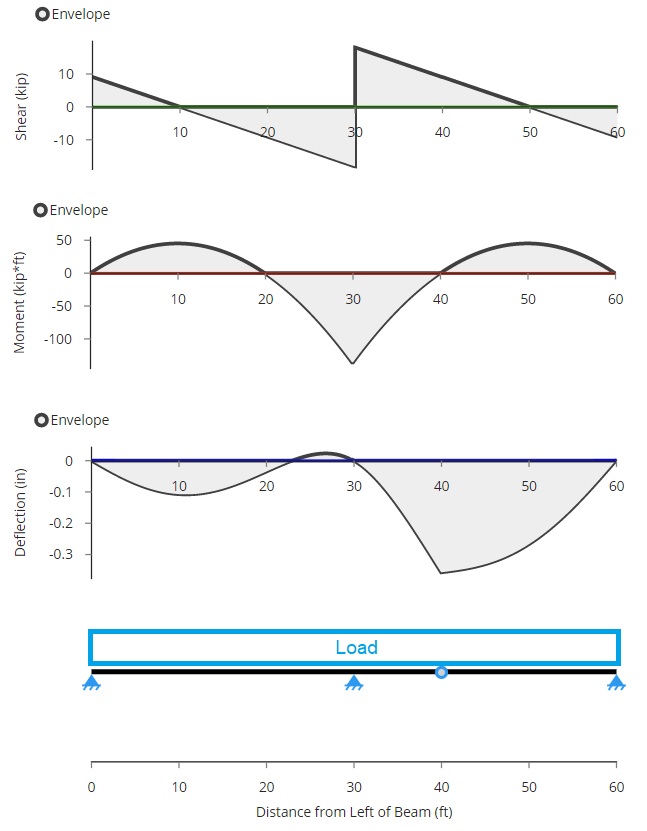